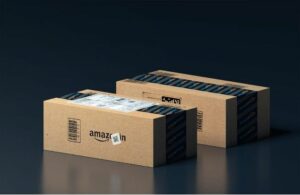 DCist has an article out about Amazon’s pledge to help 1,000 affordable housing units on Metro-owned land in the Washington, D.C. area.

You may remember Amazon got a $750 million subsidy from nearby Virginia to build its second headquarters. It’s some of the $4 billion in public subsidies Amazon has gotten to grow its operations and make Jeff Bezos the richest man on the planet.

Amazon paid an effective federal income tax rate of 9.4%, far short of its official corporate tax rate of 21%, which helped it avoid paying $2.3 billion in 2020, the Institute on Taxation and Economic Policy found.

“It’s interesting that Amazon now wants to support affordable housing, while they don’t pay their full share of taxes,” Tarczynska told DCist. “They don’t contribute to financial resources that governments could have to respond to affordable housing crises, or other needs created by Amazon.”

“All the tax breaks — on the local, state, and federal levels — are much larger than what Amazon is now contributing,” Tarczynska says. “If Amazon is so generous, why is Amazon not suspending some of those subsidies?”

Check out all of Amazon’s publicly subsidized development deals here.