Amazon’s HQ2 and the Rise of Big-Ticket Megadeals

Link to Full Story at CityLab (including informative graphics) 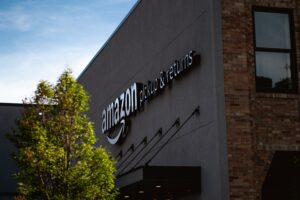 Tax-break auctions for Foxconn, Apple, and now Amazon’s HQ2. The number of deals with cities and states valued at $50 million or above is growing.

Amazon’s stunning announcement that it will build a second headquarters that could eventually employ 50,000 has triggered a frantic bidding war that may see the company win billions of dollars in tax incentives and other subsidies. But it’s the third such episode in three months. Wisconsin enacted a $3 billion subsidy deal for Foxconn and the State of Iowa with a Des Moines suburb awarded $213 million to Apple.

It’s the economic development elephant in the room: Why on earth do governments keep giving corporations tax break packages worth hundreds of thousands of dollars per job—and in Apple’s case, more than $4 million per job?

Such “megadeals” are hardly new in the U.S., but they do seem counter-intuitive in 2017, given that unemployment is just 4.3 percent and most state and local governments have barely recovered from their Great Recession revenue hits.