Amazon Is Thriving Thanks to Taxpayer Dollars 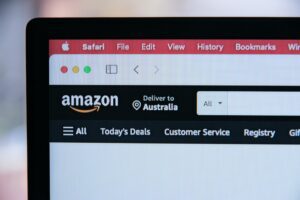 “Amazon’s model of two-day or even same-day delivery of tens of thousands of products through its Prime service demands a large footprint across the country. If Amazon wants to live up to its shipping promises, they need to build warehouses virtually everywhere, beyond the roughly 140 fulfillment centers in operation today. “It requires at least one and sometimes multiple facilities in or near every major consumer market in the U.S.,” notes Good Jobs First in a report on Amazon subsidies.

So it’s not clear why any state or local government would pay Amazon to build something it already must build. Communities seeking jobs may feel the need to compete with neighbors to attract an Amazon warehouse. But to be as convenient as the neighborhood store, Amazon has to physically exist in the neighborhood. Any city with decent roads and a lot of Prime members will eventually become a candidate for a warehouse; they don’t need to top it off with a corporate handout.”