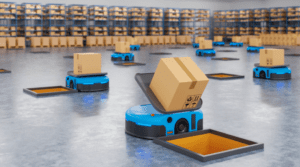 Washington, DC – Good Jobs First today expressed concern at Bloomberg BNA’s revelation that Amazon.com, Inc. has been awarded more than one third of Illinois’ entire tax break allocation for the past two years of the state’s Economic Development in a Growing Economy (EDGE) program.

“Illinois Gov. Bruce Rauner has refused to agree on a state budget, forcing many painful cuts in public services, while he has been paying Amazon to build facilities it must build for its Amazon Prime business model,” said Good Jobs First executive director Greg LeRoy. “We are also struck that the state inexplicably delayed revealing the actual cost of its biggest award to Amazon, a $71 million deal for a facility in Joliet.”

The Illinois exposé, and a national overview article about subsidies to Amazon, both by reporter Michael Bologna, update Good Jobs First’s findings from our December 2016 report, Will Amazon Fool Us Twice, in which Good Jobs First used what the Illinois state disclosure website was then reporting about the Amazon deals.

Good Jobs First also pointed out that the source of funding for the Illinois Amazon deals, the state’s EDGE program, is one of the notorious Personal Income Tax diversions we detailed in our 2012 study Paying Taxes to the Boss.

“Subsidizing companies with the state personal income taxes of their employees is terrible public policy,” said LeRoy. “For a fiscally-strapped state like Illinois, giving up an ‘elastic’ source of revenue that would best help the state sustain public services will only make its structural deficit worse.”

Good Jobs First is a non-profit, non-partisan resource center promoting accountability in economic development. Founded in 1998, it is based in Washington, DC.

Note: The Bloomberg links above may require a log-in. If you don’t have an account, try pasting the following links into your browser: https://www.bna.com/amazon-big-winner-n57982085433/ for the first and http://bit.ly/2nGUG9c for the second.