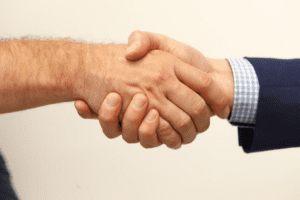 Deal-closing funds, found in over 20 states, are a way for governors to funnel large amounts of money, unchecked, without needing to make the case for whether the money is actually deserved or what taxpayers get in return, writes Justin Stofferahn, a a member of the Minnesota Main Street Alliance leadership team.

“Good Jobs First, a corporate subsidy watchdog, surveyed economic development incentive programs across several states and found that 70% of subsidy deals and 90% of subsidy dollars went to large firms. Besides subsidizing giant corporations in an economy that is already highly monopolized, deal closing funds simply do not work. Research suggests that at least 75% of the time, corporate subsidies do not affect a business’s decision on where to locate jobs.”

Minnesota should not join the fray, Stofferahn writes. “A deal closing fund would simply double-down on a form of economic development that has already proven highly unsuccessful in Minnesota.”

Read the full story at MinnPost.