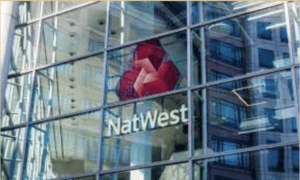 It seems likely there is more corporate crime and misconduct in the United States than in any other country on earth. After all, Violation Tracker now documents 496,000 cases over the past two decades with total penalties of more than $724 billion. That’s a tough amount to beat, especially if you put aside kleptocracies such as Russia and look only at larger market economies with functional regulatory systems.

We will soon be able to make better comparisons between the U.S. and one of those economies—that of the United Kingdom. On October 26 the Corporate Research Project of Good Jobs First will release Violation Tracker UK. Like its U.S. namesake, VT UK will provide easy access to regulatory records covering a wide range of issues, including employment practices, environmental compliance, consumer protection, financial conduct and much more.

My colleagues and I are still finalizing the data, so I will not provide any actual penalty totals here. Yet there is one finding I can confidently share now: many of the same large corporations that feature prominently in the U.S. Violation Tracker will do so in the UK data as well. More than half of the 100 most penalized UK parents have also paid fines and settlements in the U.S.

The overlap between the penalty “leaders” in the two countries is concentrated in the financial services sector. I’ve noted numerous times that large UK banks such as NatWest (formerly Royal Bank of Scotland), HSBC and Barclays have behaved badly in the U.S. and have paid out billions of dollars in penalties for offenses such as interest-rate manipulation and violations of international economic sanctions.

It will come as no surprise that these same banks have been cited for some of the same sins at home. In fact, some of the U.S. cases resulted from investigations carried out in cooperation with UK regulators such as the Financial Conduct Authority and the Serious Fraud Office.

At the same time, giant U.S. banks have gotten into trouble in the United Kingdom. The VT UK list of most penalized corporations will include the likes of JPMorgan Chase, Citigroup and Goldman Sachs.

Banks headquartered in countries such as Switzerland and Germany also show up with large penalty totals in the UK as well as the U.S. Among these are UBS and Deutsche Bank.

Other portions of the financial services sector also engage in misconduct on both sides of the Atlantic. These include the accounting and auditing giants such as KPMG and Deloitte, which have gotten into trouble not only with the SEC and the Justice Department but also with Britain’s Financial Reporting Council.

Not all of the culprits that will appear in VT UK are multinational players. The database will include many homegrown offenders with little or no overseas presence. You will be able to check out the track records of offenders large and small when VT UK launches on October 26.

This piece is cross-posted at Dirt Diggers Digest, a blog chronicling corporate misbehavior.