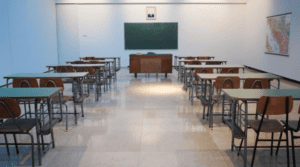 In late 2020, Good Jobs First issued a report showing that South Carolina’s public schools lost $423 million to corporate tax breaks in FY 2019. A subsequent 50-state study on how much abatements cost school districts confirmed: the Pelican State has the dubious distinction of being #1, the biggest loser of any state. At an average salary of $50,395 in 2019, this amount could have hired 8,394 teachers.

The effects are uneven and unfair: we found that those school districts losing the most to corporate tax abatements are also already in severe distress. The process is also unjust: these tax breaks are awarded by county governments without input from the school districts. Yet schools, being the most expensive public service, lose the most out of all the taxing jurisdictions.

The $423 million represents a 13 percent increase from just two years earlier. While hundreds of millions of dollars are lost each year to incentives, 61 of the 81 public school districts in South Carolina remain underfunded, according to data from Rutgers University.

South Carolina also has a high abatement-to-revenue ratio compared to other states. That is, tax abatements hurt South Carolina’s school budgets more than most other places, based on our analyses of states with similarly robust tax abatement data.

The $54 million abatement for Berkeley school district, where 35,105 are enrolled, means that $1,539 was foregone per pupil. The district has a per-pupil funding gap of $1,169 (actual revenue minus required). Shifting the money spent on corporate tax breaks to public education would more than cover this gap.

In fact, six other districts in South Carolina could, with no other budget changes, fully cover their funding gaps with subsidy savings. Consistent with the economic development axiom that “the poor pay more,” these six districts also have at least 70 percent of their students qualified for free or reduced-price lunches. (They are Anderson 5, Calhoun, Cherokee 1, Chester, Dorchester 4, and Orangeburg 3.)

For some districts, the situation is dire. Greenwood 3 loses $3,561 per pupil to the county’s business incentives and yet receives only 64.5 percent of the required funding. In that case, simply eliminating the incentives would not be enough to make up for the $5,000+ per-pupil funding gap. But shielding the revenue earmarked for education would be a solid start.