Washington, DC — More than half of the nation’s 50 biggest cities and counties still fail to disclose online even the names of the companies receiving property tax abatements or other costly economic development incentives. Even fewer report incentive-deal outcomes: Only 13 of the 50 localities disclose the number of actual jobs created by one of their key incentive programs.

These are among the key findings of Show Us the Local Subsidies , a report issued today issued today by Good Jobs First, a non-profit watchdog group. The report is freely available at goodjobsfirst.org.

“Localities spend tens of billions of dollars annually on subsidies, yet most make it difficult for residents to learn which companies receive that assistance,” said the report’s author, Good Jobs First research Analyst Kasia Tarczynska. “And even fewer provide information on the effectiveness of the awards.”

“More than 50,000 local and state governments will soon disclose the total costs of economic development tax-break programs, under Governmental Accounting Standards Board Statement No. 77 on Tax Abatement Disclosures,” said Good Jobs First executive director Greg LeRoy. “That Statement does not require the disclosure of recipient names, but we expect many taxpayers will want to know which companies got subsidized, and how much, when they see total program price tags.”

Despite the large number of programs without adequate disclosure, there has been modest progress in transparency since 2013, when Good Jobs First last surveyed localities’ practices. The percentage of programs with no disclosure declined a bit and a few more programs now report on outcomes. 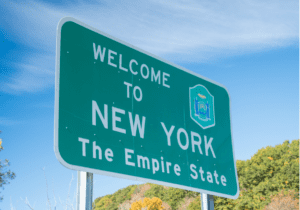 Only one of the 85 programs evaluated in the new report receives a perfect score of 100: New York City’s Industrial Incentive Program. Yet the city’s other program covered in the report—the Industrial and Commercial Abatement Program—gets a zero because it lacks recipient disclosure. Austin’s two programs, with their average score of 92.5, give the Texas city the best overall rating. It is followed by Nassau County and Suffolk County, both in New York, Memphis-Shelby County in Tennessee, and Ohio’s Franklin County, each of which receive an average program score of 85.

In some areas there are significant differences between one level and government and another. For example, while Austin scores high, surrounding Travis County has no online disclosure in its separate programs. Similar discrepancies can be found between high-scoring Franklin County in Ohio and the City of Columbus within it.

For a program to be deemed transparent and therefore eligible to be rated in the report, the data must be available on a public webpage and the names of recipient companies must be included.

“We hasten to add that just because a program is transparent, that says nothing about its effectiveness,” Tarczynska added. “But transparency is a prerequisite for evaluating effectiveness.”

Good Jobs First is a non-profit, non-partisan resource center promoting accountability in economic development. Based in Washington DC, it was founded in 1998. The study was funded by the Surdna Foundation; however, all the findings and conclusions are those of Good Jobs First.