Plus, what Maine can teach us about fighting powerful retailers 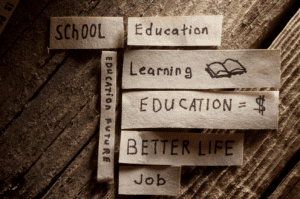 Corporations drain billions of dollars each year directly from public school coffers – and we now have five years’ worth of data revealing just how much. Plus, Maine is showing how American Rescue Plan Act money can be spent well and making sure big-box retailers stop cheating on their property taxes.

And let’s talk corporate doublespeak – what companies say they do (all the good things) and what they actually do (steal workers’ wages).

Arlene here, with the latest news from Good Jobs First.

But before we dive in, a reminder that we’re hiring! You’ll work to expand our globally popular Subsidy Tracker or Violation Tracker databases. Both positions entail spending a lot of time digging through public records. Get all the details here.

What Your Community Loses to Tax Breaks

We’ve just updated Tax Breaker Tracker, our database that reports revenue lost to economic development tax abatements (a requirement of a governmental accounting rule called GASB 77). It now includes state-level data from all 50 states plus DC, plus FY 2021 data from the five most populous cities, counties, and school districts within each state.

Now, for the first time ever, users can compare and analyze revenue loss trends over five years per jurisdiction.

Some notable trends emerged: For example, some states such as Arkansas, Alaska, North Carolina, Vermont, and Wyoming have nearly zero GASB 77 reporting across the jurisdictions reviewed; other states like Iowa, Michigan, Missouri, Oregon, and New York have nearly perfect compliance.

Using this new data, Good Jobs First will be publishing state fact sheets summarizing the total revenue loss between 2017 and 2021. See Iowa for an example.

Maine Takes on Walmart and (Wins)

Big box retailers like Walmart are exceptional at paying minimal taxes while getting maximum public subsidies.

As in: arguing that their buildings should be assessed the same as empty stores.

It’s a preposterous argument (called the “Dark Store Theory”) that has nonetheless led to Walmart, Lowe’s, Home Depot and others getting off the hook for tens of millions in taxes they owe, forcing small businesses and working families pay more for the roads, schools, parks and public safety all their workers benefit from.

But leaders in Maine fought back – and won. I talked to Sarah Austin, the Maine Center for Economic Policy’s director of policy and research, about what other communities can learn from their successful effort to get big box retailers to pay fair property taxes.

Speaking of good news from Maine, we wrote about some of the promising ways the state is using its American Rescue Plan money on programs that boost opportunities for incoming and experienced workers.

Bad spending of ARPA money has received a lot of press – we’ve criticized some lavish corporate giveaways ourselves – but there have also been lots of productive uses in line with the relief measure’s intent.

Stealing Your Workers’ Wages? You May Be Engaging in Other Misconduct Too

Our Subsidy Tracker and Violation Tracker have been used by hundreds of academics researching economic development practices and corporate behavior. Our new blog series aims to highlight some of those findings.

This piece focuses on wage theft, which includes denying workers overtime pay, paying less than the minimum wage, or forcing them to underreport hours worked.

One academic, the London School of Economics’ Aneesh Raghunandan, found that companies are more likely to engage in wage theft if they are at risk of not meeting earnings’ expectations. And if they’re caught, they tend to resort to other misconduct so they don’t get dinged again for wage theft.

What Else We’re Talking About