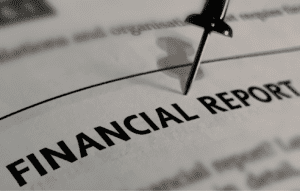 It is a big step forward for transparency and efficiency.

Get this letter as a PDF.

Good Jobs First is a non-profit, non-partisan organization founded in 1998 to promote accountability in economic development incentives, which are dominated by tax expenditures. We manage several online databases that track federal, state and local incentive awards. We have published more than 130 studies, and trained, assisted, testified before and/or prompted responses from officials in more than 40 states. With this expertise, we are the de facto arbiter of best practices in economic development transparency and accountability safeguards.

We are also heavy users of public financial documents, both in our database building and in our research publications. As well, our databases have a massive global user base composed of public-sector, for-profit and non-profit entities of many kinds.

The Government Finance Officers Association’s (GFOA) September 29, 2022, letter in opposition raises several concerns about S. 4295, specifically in regard to Section 203 of the FDTA, which amends data transparency guidelines for the Municipal Securities Rulemaking Board (MSRB).

We write in response to GFOA, specifically:

Unfunded mandate. The GFOA claims that the draft legislation “imposes an unfunded mandate on issuers of state and local governments that will result in significant costs.” GFOA estimates “the costs of adhering to these new guidelines will exceed $1.5 billion within two years and will disproportionally burden smaller entities.”

That figure vastly overestimates the costs, which will be largely upfront and one-time expenditures. Those costs are also likely to be offset by significant future savings enabled by new technology and artificial intelligence. In fact, a survey by the American Institute of Certified Public Accountants (AICPA) reports that most small public companies spend less than $5,500 to comply with the SEC XBRL filing mandate¹. These costs have declined 45% since 2014 — it’s reasonable to assume they will continue to decline as AI and technology continues to innovate.

Importantly, FDTA mandates no new disclosure requirements – it will simply make the already-provided information more accessible to the public, who currently must sift through documents (which are often non-searchable PDFs) in order to find an entity’s financial disclosures. Requiring these reports to be standardized and machine-readable will allow the documents to be downloaded, compared, and analyzed in minutes — a huge win for transparency and accountability.

Additionally, municipalities have four years to implement the changes.

Federal overreach and circumventing the Tower Amendment. The GFOA alleges that “if enacted, this legislation could empower the MSRB to essentially dictate both the structure and content of disclosures, and indirectly prescribe accounting and reporting principles for state and local governments and other public entities.”

However, as mentioned previously, the legislation does not empower MSRB to require issuers or their representatives to report any new data. If an issuer uses a standard other than the Governmental Accounting Standards Board’s (GASB), MSRB would have to provide an additional taxonomy to accommodate this standard or expand its GASB taxonomy to incorporate reporting concepts included in other reporting standards.

There is no language in the FDTA that gives GASB authority to directly regulate issuers. The FDTA can regulate underwriters and financial advisors. To meet MSRB disclosure requirements, these intermediaries could help issuers format their financial statements properly or reformat issuer-provided statements into machine-readable format before uploading them to the MSRB’s Electronic Municipal Market Access (EMMA) website.

The FDTA is not prescriptive, nor does it circumvent the Tower Amendment; it seeks to make financial information machine-readable.

Significant financial transparency standards are already in place. The GFOA notes that “most issuers of municipal securities adhere to governmental reporting standards established by GASB” and the new bill “could result in the creation of standards and requirements that conflict with or differ from current GAAP standards.”

Our experience indicates that GAAP standards are not uniformly adhered to. Good Jobs First has reviewed over 20,000 Annual Financial Comprehensive Reports searching for specific GASB Statement No. 77 disclosures. From these reviews, it is clear that adherence to GASB’s standards is inconsistent, widely varied in application, and often worded ambiguously or otherwise difficult to clearly understand. Requiring that certain information be contained in financial documents is not enough. Such information has to be clear, consistent and unambiguous to achieve transparency. If stakeholders cannot easily access and understand the data, the value of disclosure requirements is greatly diminished.

S. 4295 takes the necessary steps of modernizing the data collection methods of financial government reports that many rely on. These updated guidelines will make information already required of audited entities much easier to access and analyze – a big step forward for transparency and efficiency. Many of the concerns raised by GFOA rely on inaccurate estimates and misunderstood application of the bill. Good Jobs First is proud to support this bipartisan effort to modernize financial reporting.