Throughout more than 25 years of my work researching subsidies, I have noticed a pattern, which we at Good Jobs First like to call “the poor pay more.” It means that while companies prefer well-off urban locations, they also tend to extract more in subsidies from poor regions. Now this axiom has been strongly verified by two researchers: Cailin Slattery of UC Berkeley and Owen Zidar of Princeton University. They also find that subsidies do not contribute to regional economic growth. 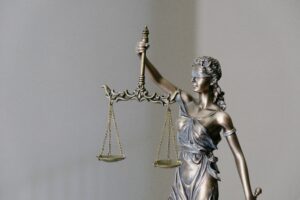 Their findings are outlined in “Evaluating State and Local Business Incentives,” published in Journal of Economic Perspectives in 2020. The paper prominently features our Subsidy Tracker data.

After an overview of economic development subsidies, it details two important findings:

1) Most companies prefer to locate in wealthier urban areas, while poorer locations pay more in cost per job, if they can afford to attract firms at all.

Regarding rich versus poor counties, the authors state, “Firms tend to accept subsidy deals from places that are richer, larger, and more urban than the average county, while poor places provide larger incentives and spend more per job.”

A study by the North Carolina Justice Center in 2015 found, similar to Slattery and Zidar, that over the years 2002-2013, the state’s Job Development Investment Grant (JDIG) program awarded 91% of its subsidy dollars to urban and thus richer counties and only 9% to rural, poorer counties. This despite the fact that the program awards larger JDIG grants to companies locating in poorer counties (and much smaller awards for locating in richer places).

2) Incentive use helps build a new facility with new jobs, but it does not appear to generate measurable improvements in the broader state or local economy.

Moreover, this local economic growth may be offset by job losses at existing plants elsewhere in the country. This happened in the North American automobile industry in 1979-91, when 20 new auto and truck assembly plants in the United States and Canada were combined with 20 closures. We can see the same dynamic today as online shopping has led to the closure of physical retail stores and malls.

So, how can we control subsidies?

Slattery and Zidar conclude by discussing potential reforms. A lot depends on the feasibility of effectively targeting aid to the poorest regions, but there is a great deal of evidence that’s hard to do. Thus, the authors discuss the End Corporate Welfare Act, which has been introduced into the legislatures of New York and about a dozen other states (with no enactments). While it avoids the waste subsidies so often represent, it also would prevent poorer states from using incentives to help their worst-off locations.

Slattery and Zidar note that some research suggests regional harmonization of tax rates can be effective, citing the Kansas/Missouri truce on using state subsidies to pirate firms across the state line in the Kansas City metro area. Finally, they point out that effective targeting may require an active federal role, as can be seen in the European Union. There, by uniform 27-nation measures, state aid rules prohibit richer regions from giving regional aid to attract firms. For poorer regions, the EU rules allow, and indeed require, subsidies far below those U.S. states give for similar projects. Moreover, the European Union provides Structural Funds to poorer regions, generally totaling several percentage points of a region’s gross domestic product per year, for infrastructure, training, and funding of incentives to attract corporate investments.

For those who agree that economic development incentives are actually supposed to reduce poverty and inequality, Slattery and Zidar’s paper provides a terrific analysis of the problems posed by economic development subsidies as well as the difficulty in resolving these issues. And we are proud that Subsidy Tracker is helping to inform valuable research with real-world applications.

Kenneth Thomas is a senior fellow at Good Jobs First and Professor Emeritus of Political Science at the University of Missouri-St. Louis.

This post is one in a series chronicling the ways academics have used the work of Good Jobs First in their research. We hope it’ll spark related and additional research, and show the practical ways our data can be used to inform debates and ultimately make economic policy more just and equitable.