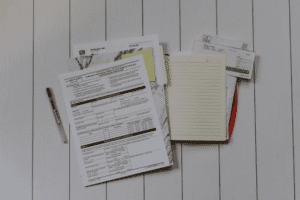 In a recent update of its Implementation Guide, the Governmental Accounting Standards Board (GASB) defied the recommendations of many commenters and ruled that most tax increment financing (TIF) spending will remain undisclosed.

The ruling is a major blow to GASB’s Statement 77 on Tax Abatement Disclosures, the new rule that has just started to generate a first-ever wave of data on how much “corporate welfare” costs local and state governments, including schools.

At issue was whether TIF funds that are used to build public infrastructure should be disclosed. In a previous ruling, GASB had already excluded TIF funds if they are used to service bond debt. But “pay as you go TIFs” and “tax rebate TIFs,” neither of which involve bonds, were previously covered by Statement 77. Now, the dominant use of both of those kinds of TIF will not be covered.

We at Good Jobs First, and numerous others, cited many reasons why such spending should meet GASB’s definition of an “abatement.”  When such funds build new streets, sidewalks or sewer lines, we argued, they typically benefit only one or a few property owners (i.e., those in the TIF district) and may even enable a developer to avoid paying a development or impact fee.

We cited three TIF districts costing hundreds of millions of dollars, including one that is projected to divert half of a city’s entire sales tax revenue stream! We also cited examples where the line between public and private infrastructure gets very blurry (such as parking garages, bike trails and “museums” located within Cabela’s stores.

GASB’s new ruling may, we also fear, undermine Statement 77’s requirement that governments disclose revenue losses they suffer passively (due to the actions of other governments). Specifically, school districts are usually the biggest losers to TIF, and those losses are usually passive (since cities award TIFs).

On another disputed proposal, GASB did not rule on what we called a “constitutional work-around” by which some states evade bans on property tax abatements. A GASB spokesman told State Tax Notes that GASB will issue its ruling on that issue in 2019.

Despite this TIF setback, Good Jobs First continues to gather the new disclosures in state and local government Comprehensive Annual Financial Reports, or CAFRS. We have already captured more than 2,300 and recorded them in our Subsidy Tracker 2 database.

Already, $2 billion of what we have catalogued are tax revenues lost to TIFs. Some of this has been reported in Statement 77 Notes, while we have culled much of it elsewhere in CAFRs.  While some cities with large TIF programs are disclosing TIF diversions accurately, most simply report the debt-service payments of TIF bonds. That is not the same as revenue lost to TIF (that figure can be much higher). In too many communities with TIFs there is simply no accounting at all.

While we are disappointed by GASB’s new ruling, we will continue to collect and analyze all the TIF data we can find and continue to recommend that GASB start from scratch and issue a clean new rule putting all TIF spending “inside the fence.”