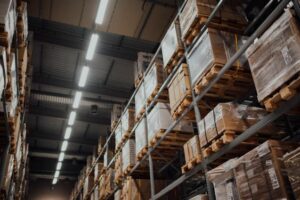 Washington, DC, April 3, 2018–As Amazon.com conducts site visits at the 20 finalist locations for its second headquarters, or HQ2 project, little is known about most of those localities’ first-round bids, and almost nothing at all is known about six. Even though billions of dollars are at stake, few states and cities have fully disclosed their bids. Even those that have partially disclosed have not revealed the details of their tax-break offers and their costs to taxpayers.

That is the main finding of a study released today by Good Jobs First. “Public Auction, Private Dealings: Will Amazon’s HQ2 Veer to Secrecy Create A Missed Opportunity for Inclusive, Accountable Development?” can be found at goodjobsfirst.org.

Governments have failed to disclose their first-round bids even though Amazon did not impose non-disclosure agreements on those documents and despite spontaneous coalitions seeking public engagement, skeptical analyses, opposition websites and even protests about the incentive offers, the study reports. “Reveal the Deal!” is the cry of one such newly-formed group.

With specific steps such as full disclosure, on-site public hearings, a commitment to negotiate a Community Benefits Agreement (with safeguards for affordable housing and other predictable regional problems the project’s growth will induce), a commitment by Amazon to not seek special tax breaks and instead to agree to pay the same sales, property and income tax rates as small retailers pay, the HQ2 deal could be a game-changer, the study argues.

“Amazon’s HQ2 project can go down in history as a monument to high-tech arrogance and tax-break favoritism. Or it can usher in a new normal in economic development that is inclusive and accountable,” said Greg LeRoy, executive director of Good Jobs First and the study’s author. “It’s up to the 20 governments and to Amazon. Will they seize this terrific opportunity?”

Good Jobs First is a non-profit, non-partisan resource center on economic development. Founded in 1998, it is based in Washington DC.