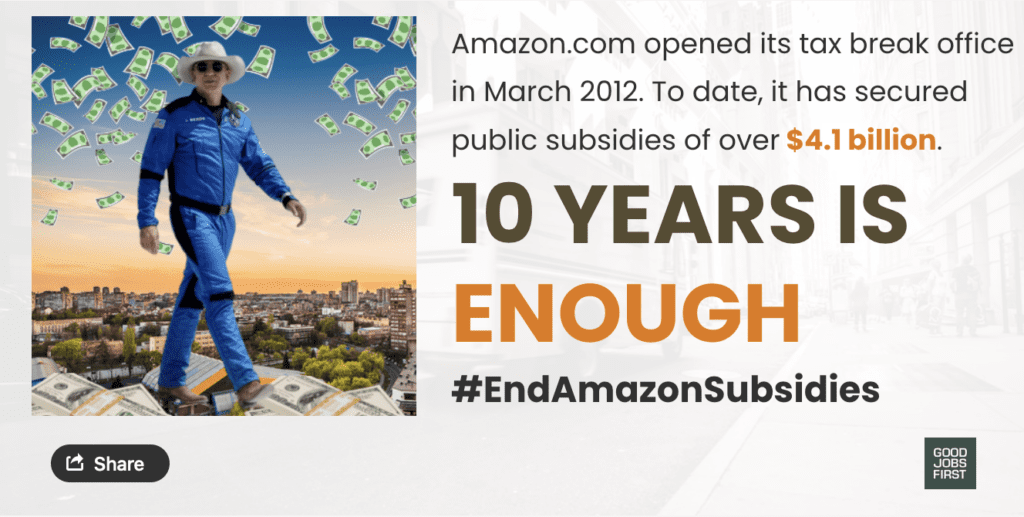 “In March 2012, Amazon opened an office dedicated to ferreting out tax breaks and subsidies. In other words, the mega-corporation making hundreds of billions of dollars in profit puts in time finding ways to avoid supporting the communities it operates in—and to push local governments to divest money from education, housing and healthcare—to give to a company that doesn’t need it.

This March, the group Good Jobs First marked that anniversary with a call to #EndAmazonSubsidies.”

CounterSpin talked to the group’s executive director Greg LeRoy about the campaign, and why Amazon’s aggressive tax avoidance strategies are so damaging to communities.