Before the Bailout of 2008: New York City’s Experience with Tax Giveaways to Financial Giants 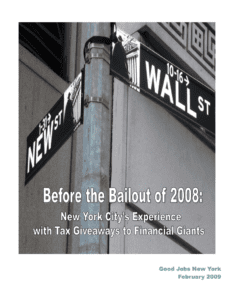 By Bettina Damiani and Allison Lack