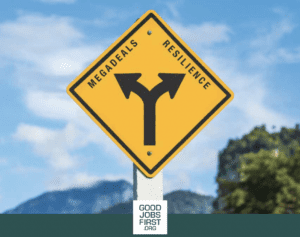 The electric vehicle industry exploded in 2022, and much of the expansion is being paid for by residents in the form of economic development subsidies. That’s despite many companies’ lack of track records, and the fact that long-growing market demand is at the root of expansion.

“Nearly $14 billion in state and local subsidies went to electric vehicle plants and battery factories this year, according to the subsidy watchdog group Good Jobs First, which has criticized both the size of the subsidies and the lack of transparency around them”

Read the full story at NPR.